Also known as low-energy diets (LEDs). A low-calorie diet is usually > 800 kcal/d and typically ranges from 1200 to 1600 kcal/d. A low-calorie diet can be planned based on normal foods, choosing ‘low-calorie foods’ and limiting portion sizes or meal replacements, often soups or shakes, containing a known amount of energy and macronutrient content can be used to add structure to the diet. Keeping in view the restricted nature of the diet, while planning the diet, make sure that it provides all the essential nutrients. These diets are usually meant for short-term use, often to give a ‘jump-start’ to a weight loss program. Selection of low-calorie foods plays an important role while planning low-calorie diets and I will briefly discuss these here.

Thus, while people may consume about the same amount (weight) of food each day, it may differ drastically in terms of the number of calories. So, it is feasible to consume fewer calories while at the same time achieving a greater degree of hunger control, by eating low-calorie foods. In brief, by choosing the low-calorie foods, you get to eat a lot more food for the same number of calories. To watch your portion sizes, as to produce the required calorie deficit, portion-controlled diets are the best way to eat; the same has been discussed in my post Diet Plan for Weight Loss, referred to above.

A meta-analysis of six randomized controlled trials (RCTs), titled The Evolution of Very-Low-Calorie Diets: An Update and Meta-analysis, published in the journal of ‘Obesity’ in Aug 2006, compared weight-loss outcomes of very-low-calorie diets and low-calorie diets. The study found that although very-low-calorie diets produce significantly greater weight loss in the short-term (4 months), there was no difference in weight loss between the diets in long-term follow-up (> 1 year). The National Institutes of Health (US), National Task Force on the Prevention and Treatment of Obesity in 1991, concluded that very-low-calorie diet long term was no better than any other form of weight loss method despite initial weight losses of 20 kg over 12 to 16 weeks. Subsequent research has not provided any data to overturn the 1995 conclusion of National Institute of Health.

Ketosis is a metabolic state characterised by elevated levels of ketone bodies in the blood or urine. Ketones sometimes referred to as “ketone bodies”, are water-soluble compounds (meaning that they dissolve in water) that are produced as “by-products” when the body burns fats for energy. Ketones are an efficient source of energy for many organs, particularly the brain. The human body uses the three macro-nutrients in the food, carbohydrates, fat and proteins to provide energy. Under normal healthy conditions, when an individual is on a balanced diet and is well fed, carbohydrates act as the main source of energy; though, fats are also a significant source of energy. Even though proteins are not usually used for energy, however, if the body’s energy requirements are not being met by carbohydrates and fats, the body breaks down proteins to provide energy.

As under normal conditions, carbohydrates serve as the main fuel for energy and only small amount of fat is metabolised to supply energy, ketones are present in the blood in only small quantities. However, during states of starvation/fasting or when an individual is on very-low-calorie diets, the body uses fats as the primary source of fuel. This shift in fuel utilization is thought to be a survival mechanism that we have retained through our evolution and is a protective mechanism to maintain energy balance. During starvation/fasting liver burns stored fat for energy; when the individual is on a low-carbohydrate, high-fat diet (known as a ketogenic diet), the liver burns large quantities of dietary fat for energy. As a result, ketone production in the body increases; the metabolic state characterised by elevated levels of ketone bodies in the blood is known as ketosis. When the ketosis is induced by dietary modification, it is known as nutritional ketosis. Suppression of the drive to eat associated with ketosis, resulting in a spontaneous decrease in energy intake, is thought to be the key factor in enabling adherence to low-calorie diets, leading to weight loss.

There are broadly two types of diets that induce ketosis: very-low-calorie diets and ketogenic diets, commonly known as keto diets. Although both keto diets and VLCDs induce ketosis, keto diets can result in several-fold higher circulating levels of ketones compared to the VLCDs, as ketogenic diets limit carbohydrate intake to a much larger extent than very-low-calorie diets. However, ketogenic diets are nutritionally imbalanced and defy all principles of healthy eating. Also, eating such a restrictive diet, irrespective of the diet plan is difficult to sustain in the long-term. Besides, keto diets have numerous associated health risks; the most serious of these is the increased risk of cardiovascular diseases as a result of ensuing lipemia (prolonged and increased levels of triglycerides and triglyceride-rich lipoprotein levels after a meal) due to the high amounts of fat in the diet. Given the same, the ketogenic diet is not recommended. I will discuss ketogenic diets in a subsequent post.

Such restriction of caloric intake cannot be achieved by restricting the usual diets since a daily food intake of 1200 to 1500 kcal is necessary for the body to obtain its requirement of various micronutrients such as vitamins and minerals. The only way to maintain nutrition, while reducing energy intake to 800 kcals or less is by substituting meals with commercially available meal replacement formulations, which may be used as the sole source of nutrition during the weight loss program.

Very-low-calorie diets are usually consumed in the form of liquid meal replacements and are most commonly prepared commercially. These are available in the form of bars, soups, and desserts. However, despite their reduced total energy levels, VLCDs are designed to provide optimum intakes of vitamins, minerals, trace elements and fatty acids. More importantly, very-low-calorie diets are designed to conserve lean body mass, as they provide 0.8 to 1.5 g of high-quality protein per kilogram body weight. It is important to add a small quantity (7-10 g) of fat daily to the diet to stimulate gallbladder contraction and thus reduce the risk of gallstone formation.Tea and coffee (without any sugar) and diet drinks are allowed. Milk, other than small quantities in tea or coffee should be avoided. At least 2 litres of water (including calorie-free fluids) daily is advised.

There are two types of very-low-calorie diet regimens – complete or partial. In the complete VLCD regimen, all three meals are replaced with the replacement meal formulations. Besides, patients are allowed to have some non-starchy vegetables which provide fibre and induce satiety. In the partial VLCD regimen, only two meals (typically breakfast and lunch) daily are replaced with a meal replacement formulation. For the dinner, the patient has one serving of lean protein (which can be any type of meat, red or white, fish or seafood, egg or dairy or soybean-based such as tofu) and non-starchy vegetables.

Very-low-calorie diets can be used as part of comprehensive weight-loss interventions and have been used in combination with physical activity, behavioural therapy and/or pharmacotherapy. These are commonly used in the following conditions:

Very-low-calorie diets are often recommended for 03 months. If effective in achieving adequate weight loss, the meal replacements can be gradually reduced and regular foods progressively reintroduced over a period of about 08 weeks. However, depending on the person’s weight at baselines and the target weight, the VLCDs can be continued for 6 to 12 months under careful medical supervision.

As highlighted above, while on a very-low-calorie diet, the patient must be kept under regular medical supervision. Before starting a VLCD, baseline blood tests should be taken and thereafter monitored periodically. In case any abnormalities develop, consider discontinuing the very-low-calorie diet.

Say NO to Fad Diets

In general, our beliefs about food are highly irrational and when we are struggling with weight, we want a magic pill, or in the least, a diet plan for weight loss that’s a functional equivalent of a pill. Above, I have discussed the problems patients face to successfully maintain the weight loss in the long-term. The dieting industry feeds off our anxieties about weight, our failure to stick to diets and successfully lose weight. The diet dreams are splashed across magazine covers and blare from the TV, offering tips and tricks, that will, readers and viewers are promised, make weight loss easy and fast. As a result, people are more susceptible to adopt various fad diets that claim to aid in losing weight very fast.

The British Dietetic Association (BDA), in the article Food Fact Sheet: Fad diets, defines a fad diet as “A fad diet is the kind of plan where you eat a very restrictive diet with few foods or an unusual combination of foods for a short period of time and often lose weight quickly. However, most people then get fed-up with the restrictions, start eating more, chose less healthy foods and pile the pounds back on”. It further states – Many of us would like to lose a few pounds. However, you shouldn’t be tempted by the ever-increasing range of ‘quick fix’ and ‘miracle’ options making unrealistic weight-loss promises for minimum effort. Sadly, there is no magic solution to losing weight and keeping it off long-term. There is no wonder diet you can follow without some associated nutritional or health risk and most are offering a short-term fix to a long-term problem. You can read in details about fad diets in my post Say NO to Fad Diets. 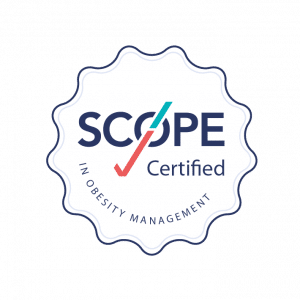